Organizations are turning to the project economy (and therefore project managers) to solve their problems.

Can you guess it?

They’re all examples of the project economy. 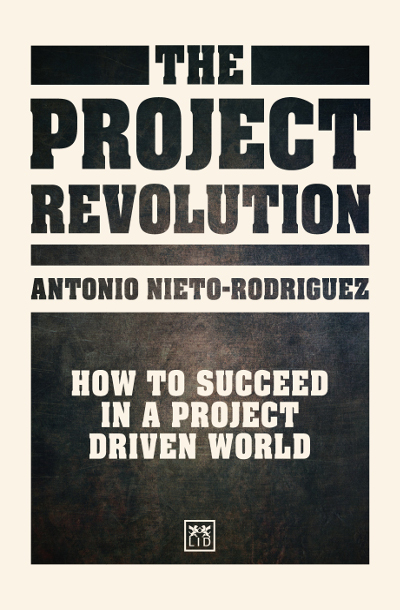 When he speaks, you want to listen. Find out more about his book below.

We used to live in a gig economy: short-term contracts with little stability and lots of last-minute scheduling. The freelancers were managed by either an in-house project manager or the Chief Technologies Officer, depending on the work the freelancers were hired for. As Nieto-Rodriguez observed,

“Management and management theory has always been focused on how to run and optimize (efficiency) the business best. Projects were an addition, but hardly ever a priority.”

Signs of the Project Economy

The project economy has been one of the up and coming trends over the last year. Perhaps, while working as a project manager, you’ve seen some of the signs. For example:

Nieto-Rodriguez sees the growing influence of automation and artificial intelligence as a major revolution in project management techniques, best practices, and working opportunities.

By 2025, “senior leaders and managers will spend at least 60% of their time selecting, prioritizing, and overseeing the execution of projects.”

He’s not the only one to envision such a future, either.

To add further evidence to his claim, the London School of Economics also believes that the gig economy is giving way to the project economy. Their report by the Centre for Research on Self-Employment found that there are five times more “project” freelancers than “gig” freelancers, and that those project freelancers earn double that of their gigging counterparts.

What Does The Project Economy Mean For Project Managers?

Nieto-Rodriguez has written his project management book to help guide PMs through these waters. He believes that good project management techniques are universal, and he explains his best practices in a simple, easy to understand manner.

Get the latest news from the PM world in your inbox